We have encountered a product called LED when we make researches in order to add new projects into the portfolio of Marmara Fair Organization which I am the manager of.

At first, we started to think more positively after examining LED products not too deeply, and consequently we decided to organize a fair about LED in 2007. In that period, LED products were taking place in the market rather as components. In this context, we have structured our fair to exhibit LED and RFID products together by the brand “LED-RFID Fair”.

Coexistence of these two subjects might seem strange today. One of the words that define the development of LED products over 10 years is “strange”. When saying strange, I do not intend to use it as a negative definition. We can use “surprising” instead of strange.

Summary of the ground covered by LED&Lighting Fair during 10 years as a result of the works which began in 2005 is as follows;

I could not reach general information domestically when I first started to examine LED products. It was not possible for me to reach any Turkish document other than partial information on industrial companies. By examining studies abroad, we have started to make a study that defines LED products.

As a result of the study after much effort on our part, we have formed the “first Turkish LED INDUSTRY LIST”. Wehave formed the documents that describe products. When examined today, this may seem like an easy work but “first definition of the industry” is difficult for each industry. Later on, this work naturally became easier. Today, any colleague related LED Fair or LED publicity can make these definitions easily.

This was not the most difficult issue about LED. After starting to organize the fair, we have seen in communication we made with industrial companies that the industry also shared our excitement and accepted the fair right from the start. However, the main difficult was to communicate this fair to visitors. First reaction to the concept of LED FAIR was the question of “what LED is”. Most relevant question was “is there any LED TV?”We struggled to communicate our fair to visitors in that period, but today our LED&LED Lighting Fair has become a fair with one of the most visitor participation.

According to my observation, LED products have developed in the course of 10 years by showing extraordinary variations in every year considering previous year. LED products which took place in the market 10 years ago by being only components have become products that severely change lighting industry and visual advertising industry. It was hard to estimate this change 10 years ago, even those who estimated could not predict the size of this change.

The most useful evaluation to see the evolution of LED products is possible by analyzing the international development of fairs which reflect the industry. There were very few fairs using the word LED in 2007. Along with 1-2 small-scaled organizations held at Europe by CONFEX (Conference-Fair), there were also few fairs with maximum 2,000 square meters that have been organized in the Far East for niche industry. There was not any fair worth to visit coming from Turkey. In the upcoming years, we have started to visit the Far East after one particular fair came to the forefront. Later on, we have visited some very large-scaled fairs. LED lighting has constituted maximum 15% of those fairs. LED existence in large-scaled lighting fairs has reached from 10-15% up to 90% in the time passed from 2011 to 2015. Today, it nearly is impossible to find in those fairs any lighting product other than LED.

This example I gave about fairs basically shows the development rate of the market related to LED products. When usage rates of LED lighting 5 years ago and today are compared, the difference is enormous.

Imagine where LED products will be 10 years later… 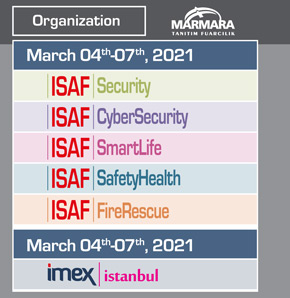